Firebirds Back to Work at NAPHL Prep #2 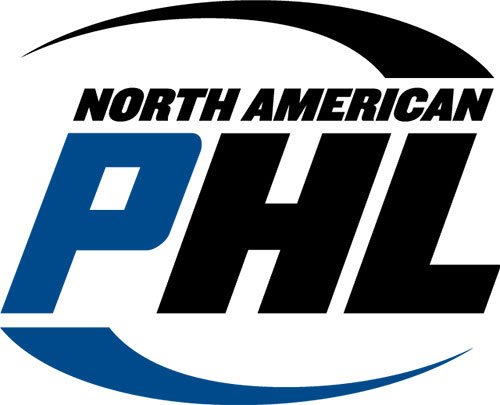 Firebirds Back to Work at NAPHL Prep #2
Greg Shoman

PRHC returned to Blaine, MN for its next set of 4 games in the NAPHL Prep division. 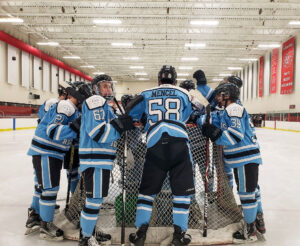 The first trip to the Super Rink center was great, coming away with a 4-0 record to take the first place slot in the division. NAPHL wants to make sure the Prep division gets to see solid competition, and as such the Firebirds drew the Portland Jr. Winterhawks 18AAA team for the first contest on Saturday. The game was close all the way through with both teams scoring in the 1st and 3rd periods, goals by Tyler Sheridan and Aidan MacDonell.  The game would go into OT, with the Winterhawks finding the back of the net with just 3 seconds left. Tough loss, but the boys played better than they had of late.

Next was Sunday with two games set to be played. Fernie Hockey Academy was up first, and Fernie came out quick and struck early. But the boys were starting to get things moving and got the tying goal a minute later from Will Schneider. After that, the Firebirds kicked it into gear, posting 2 more goals at the end of the 1st from Aidan MacDonell and Tyler Sheridan, respectively. Then early in second came two more goals, one by Jace Philips and a second from Will Schneider. The line of Schneider, Sheridan and Phillips had really started to click and become tough for Fernie to handle. As the 2nd period ended, Jagar Jefferson from FHA was able to find the back of the net, to make the score 5 to 2. The Firebirds scored again in the third on a goal by Hayden Shoemake, sealing the deal 6-2 for a Firebirds win.

The second game of the day was against Clearwater Academy. This turned into a bit of ruckus with a total of 20 penalties called on both sides. PRHC came out quickly and put a goal up on the board from a nice shot in the slot by Jace Phillips. But Clearwater fought back, and the two teams battled late into the 2nd period when Clearwater got tying and go-ahead goals as the period came to end. The boys had been playing well despite being down a goal moving into the final frame and found their stride early in the 3rd, quickly tying the game on a power play goal from Hayden Shoemake. Four minutes later, Will Schneider found the back of the net for the go-ahead goal. It was becoming clear that Clearwater, with a short bench, was starting to run out gas and took some unnecessary penalties. Hayden Shoemake found the back of the net again at the 11:15 mark of the third to put the Firebirds up by 2, which was the final score, 4 – 2. Sunday was an important day for the club, with the boys getting things back on track with two wins on a double-header game day.

Monday’s contest was against TRC Academy (Rise Centre). For those of us who got up early for this one (6:15am PST), it was worth it. The PRHC players came out with a spring in their steps that had been missing for the last several weeks. We saw the squad really jump on pucks and win battles all over the ice. While the first period saw no goals by either squad, it was apparent TRC was feeling the ice slanting uphill. Two quick goals early in the 2nd from Jace Phillips and Kento Mencel put the Firebirds on top. The play moved to be a little more evenly matched with Firebirds goalie Patrick O’Donnell making some critical saves to keep TRC off the score sheet. Early in the 3rd, Jack Cadieux streaked down the left side and fired off a shot that found its way to the back of the net. From there the boys saw a lot of quality chances, but TRC managed to fight off the push until late in the 3rd with the Firebirds finding the back of the net twice. First, with TRC’s goalie pulled, Olin Silverman won a board battle high in the D-zone, skated to the neutral zone and put in an empty netter. From there, TRC seemed to lose its composure and Austin Conners was assessed a 5-minute major for high sticking. From this, the Firebirds set up a beautiful power play goal by Luke Stengler, supported by some solid work from his linemates.

PRHC flew back to sunny San Diego (thankfully, as the high for the trip never broke 15 degrees) in anticipation of important games against Santa Margarita this Wednesday, then a battle on Saturday with Tahoe Academy. The trip probably came at the right time, as the team was looking to get its game back to where it was earlier in the season after suffering two losses early in the month. Now, with the NAPHL games under their belts, and that winning momentum back, the boys expect good things for their next games.

The PRHC Firebirds are 1st overall in the NAPHL Prep division and will play the playoff round in Detroit February 14th -16th.  The boys are in a good place to really make their names known with a strong finish in the playoffs.