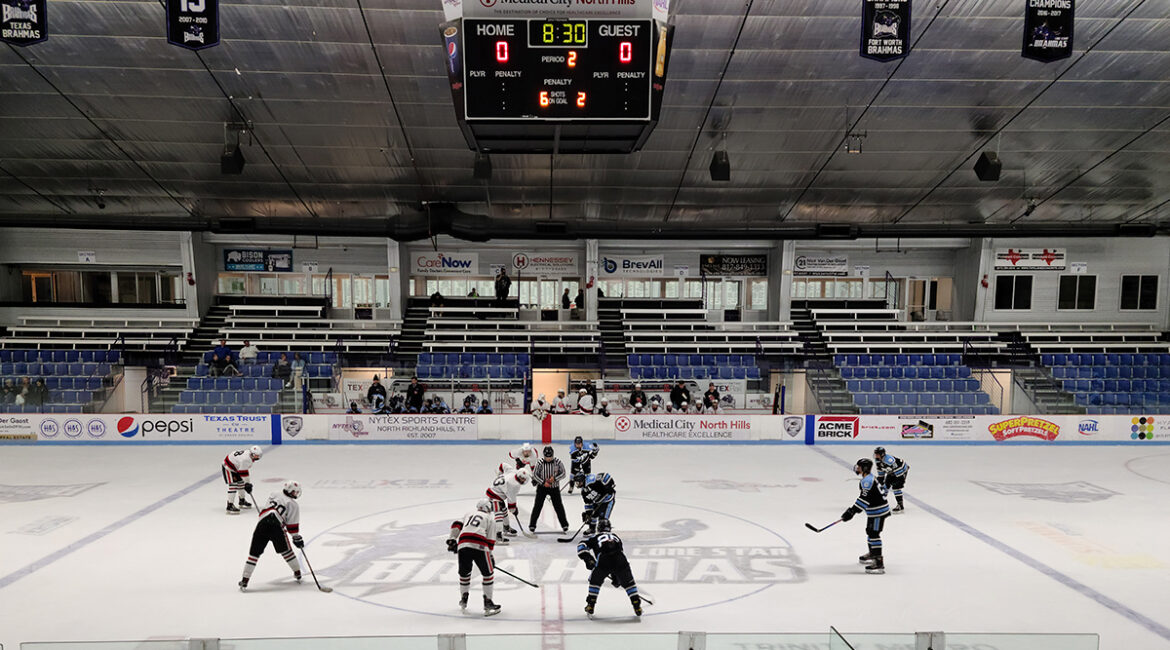 Welcome back to NAPHL Prep Hockey! For its first time traveling to the Dallas area, PRHC flew down to play 4 games against strong competition from Colorado and Oregon. The team played in four different rinks, all well-suited for high-level competition and a testament to the Dallas Stars’ efforts to growing the game in their area.

First up was Regis Jesuit, a strong prep program with a long history of representing Colorado in the USA Hockey High School Nationals. The game was very close., but goals from senior Colton Clapham and sophomore Dante Gaudio were not enough to get it done as the boys lost 4-2, with an empty netter by Regis in the waning seconds.

Next up was Portland Jr. Winterhawks Prep. The boys were ready to go and came out strong, with senior Abel Martinez opening the scoring for the Firebirds. Next it became “The Colton Clapham Show,” with Colton potting a hat trick and leading the boys to a strong victory over the Winterhawks, 4-2.   With two games in the books the first day, it was time to relax and get ready for a game number 3.

Denver East High School is a blended program.  At this stage of the tournament, they had a good run and were undefeated going into our game. Our boys came out strong and both teams battled to a 0–0 tie at the end of the 1st.  The scoring opened in the 2nd with the Firebirds getting on the board with a goal from Logan Mazzella, his first of the year. Denver East answered back on the power play and the game was tied. But Logan was not done, and with strong presence in front found a rebound and banged it home for his second of the game. Going into the 3rd, the two teams battled hard and with Denver scoring late in the 2nd and early in the 3rd, were now out in front. But again, Mazzella was not done and potted his third goal to tie the game. Unfortunately, as time wound down, Denver East was able to score a late goal to seal the win, a tough 4-3 loss for the Firebirds.

Finally, Fort Collins High School was the last game before heading home. Fort Collins was a bigger team and had played some stiff competition, including opening to the Shattuck St. Mary’s 18U team. The game was tight with a lot of physical play. Both goalies played well with pucks flying in all directions. In the end, even a penalty shot awarded to Fort Collins didn’t make it into the net, as PRHC goalie Spencer Lyon stood tall. Into OT we went with NAPHL’s 4-minute 3×3 format. After a press from Fort Collins, the Firebirds counter-attacked with Brave Esplin rushing down to the offensive corner, Dante Gaudio making a strong play to the net with a shot, initially saved by goalie Bennett Johnson. Colton Clapham found the loose change at the side of the net and tucked in the rebound for the OT winner with :39 seconds left on the clock.

It was a great way to finish the weekend. The Firebirds are back to work this week with three games starting Wednesday against the Capo Coyotes. Then a double header for the weekend with Damien Spartans on Saturday in Carlsbad, and a LA Kings High School Crossover CAHA match up with West Ranch in Anaheim on Sunday. The team is definitely finding its stride. Check in next week for a Thanksgiving update!