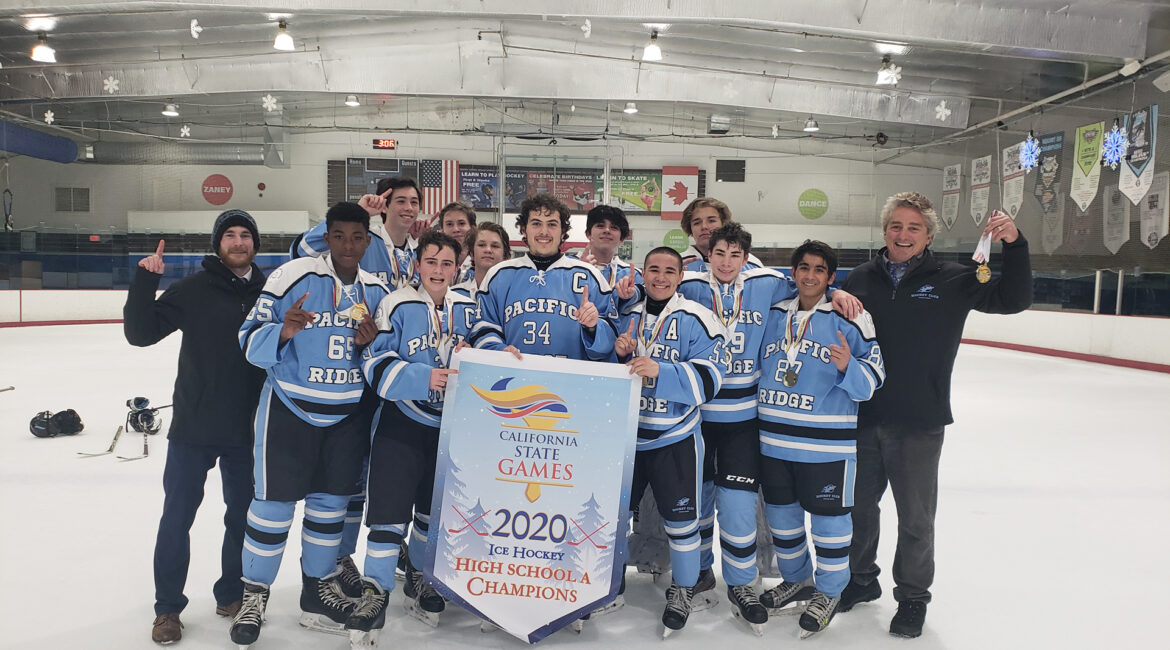 The JV Firebirds participated in the California State Games in San Diego over Presidents Day weekend. Teams from the Los Angeles area, Lake Tahoe and Washington state participated. The boys came out and faced off against the San Diego Central Cathedral Jets and made quick work of them, beating them 8 – 2. Next was the Tacoma Rockets from Washington, and as against the Jets before them, PRHC again placed a solid win on the board 6 – 1. The Ontario Moose (Ontario, CA) were next and this proved to be a tight game with a lot of activity by both teams. In the end, the Firebirds were able to earn the 4 – 3 win.

Securing the top seed in its division, PRHC now would face off against the Tahoe Grizzles. Both teams went through their respective divisions without a loss. This game started out badly for the Firebirds, with the Grizzles jumping out to a 1 – 0 lead 30 seconds into the game. Tahoe would score again before the end of the 1st and put another one in early into the 2nd. Down 3 – 0, things did not look good. Late into the 2nd, Colton Clapham found the back of the net to bring the score to 3 -1. Into the 3rd with the Firebirds down a man, Clapham again worked his magic and potted a shorty to close the gap to 3 -2. PRHC then got another one from Abel Martinez, tying the game and really making it anyone’s game to win.

But the Firebirds got into penalty trouble and found themselves down 2 men, and the Grizzles capitalized to go up 4 -3. It looked like the Firebirds were going to miss the opportunity to bring home the banner, but with 47 second left, Abel Martinez found the back of the net again to tie the game. Now it looked like it would take OT to decide the outcome, but with 15 seconds left, Malakai Lynch shot from the point and hit the goalie in the glove. The puck bounced up onto his shoulder and rolled into for the winning goal! An incredible come-from-behind win for the JV squad and a testament to the work they have been putting in all year to become a more complete team. Well done, Firebirds! Now the JV squad will practice for the next week and begin the ADHSHL JV playoffs Tuesday 2/25/2020 at Anaheim Ice.