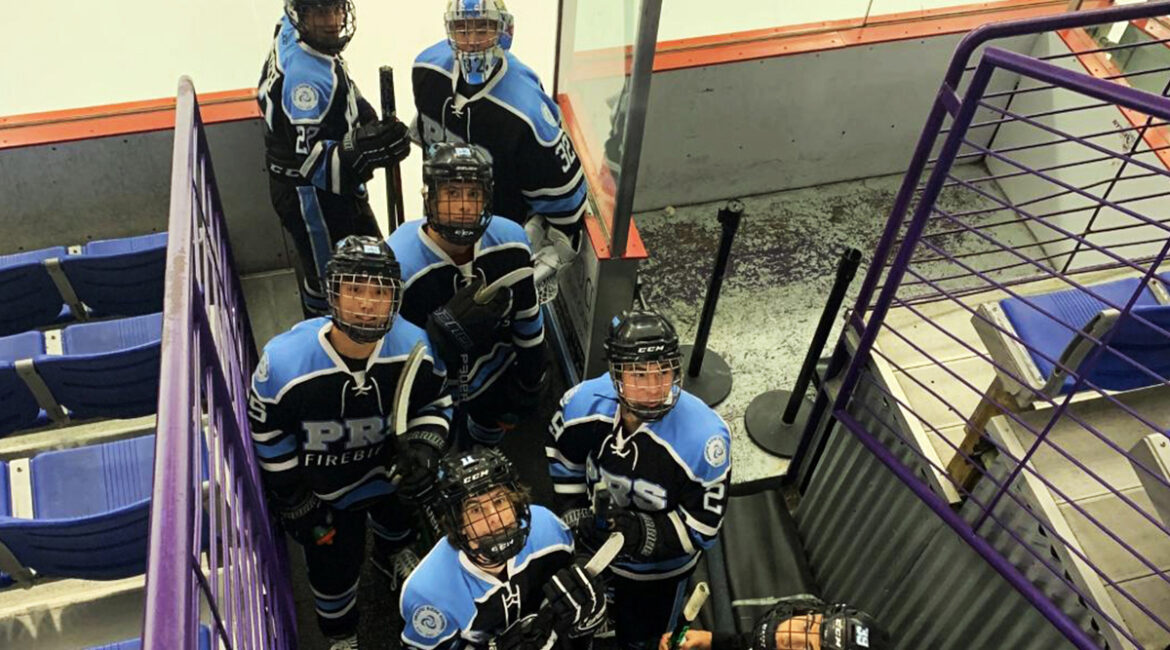 Well, it has been a long time since we updated the site with what is happening with Pacific Ridge Hockey Club, but we’re happy to report, PRHC is working back towards pre-pandemic form.  No question, Covid-19 took a bite out of our program, and to that effect, coming off a season of winning both the ADHSHL D1 Varsity and JV Championships, we are now reduced to a single team.  With an incoming group of young talent, we have been able to retain our D1 Varsity standing for the 2021-2022 season.

With 3 returning seniors, our group will have its hands full defending the Shulman Cup.  But with Colton Clapham, Asst. Captain Abel Martinez, and Captain Olin Silverman leading the way with our first set of games, we are optimistic this year will be successful and there is a great opportunity to bring back 2 teams for the ’22-‘23 season.

Let’s get you updated on the season to date.  We have played 5 of our 18 games in the ADHSHL and are currently sitting in a respectful 4th place with a 3–2 record.  Coming out first against our rivals Capistrano Coyotes, the young team seemed to be tentative.  This group of young players got its first taste of what to expect the rest of the way, losing 7-1. Not exactly how you want to celebrate Homecoming, but we knew it would take time for this team full of new players to gel. Up next was Orange Lutheran, which always has a strong group of players. Our team really picked up its identity, played tough but lost a close one 3-4 with one minute left in the 3rd.

Now with a record of 0-2, things were looking a bit bleak, but up next was the new Fairmont Prep team, a younger team in their first season in the ADHSHL. Our boys came into their own and captured their first win of the year 6–2.  Next up was St. Mary’s, a re-match of the ’19-‘20 Shulman Cup Final, and it did not disappoint. With a tough game decided in OT, the Firebirds found a way to get it done, winning 3-2.  The fifth game was against JSerra, and again the boys continued to find confidence and were able to capture the win convincingly 5–1.

In November, the team heads out to Dallas to play in its first set of games in NAPHL.  This year the makeup of the Prep Division will be much more heavily focused on US-based prep teams versus academies.  With teams like Regis Jesuit and Portland Jr. Winter Hawks Prep, and crossover games with the 18U AAA, the competition will be solid for the team.

I want to thank everyone who has continued to support the program.  The pandemic created a real strain on our operations, but now that we are moving forward and travelling, while it’s still not “normal,” it sure feels more like what it is supposed to feel like.

Out to Dallas we go!